Music exists beyond the scope of academic forms or novel trends, when the sense comes to the fore. Pushing the boundaries through different techniques, seeking for new sounding and form where the idea can settle. Or coming back to pure simplicity. It is always a lone journey. 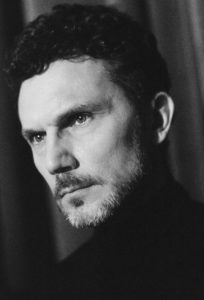 Svyatoslav Lunyov was born on April 19, 1964 in Kiev, Ukraine. He began his music education at the age of seventeen, discovering the world’s music classic. In 1986 he gets his first degree in engineering. In 1986 he was recruited and served in the military in Hungary for two years. 1988: aged twenty four, Lunyov admitted to Kyiv State P.Tchaikovsky Conservatory and started his education in composition. Than he continued there for his Post-graduate studies from 1998-2001. Since 2000, Lunyov is a lecturer in the faculty of composition at the Music Information Technologies Department of Kiev Conservatory.

1991 Lunyov discovers Moscow – Petushki by Venedikt Erofeev. He was much struck by this poem and right away became writing a libretto. The opera itself would be finished in 2012. The composer called it Memorial to Atlantis citizen, when one sixth of the earth went in nonexistence. This work is one of the most significant for the composer, but it has not still been performed.

Another important area in the composer’s work is symphonic music. One of the most representative compositions is Panta Rhei – an utopia for big symphony orchestra. This piece – is a hymn to elements of live and non-living nature. In addition to that, it is a look at the idea of emergence and evolution of life through the idea of detuning an unison. Panta Rhei consists of three parts and lasts 53 minutes.

For his entire career, Lunyov encompassed all genres of serious music, including chamber, choral, vocal, piano, elecrtoacoustic and film music.

In the last years Lunyov explores writing electroacoustic, symphonic and ensemble works. Also he works on stage genres and music for films. As a composer and sound artist, he is interested in a new sounding and such ways of music lasting and composition forms, where movement and static are combined in a new way. His works are performed not only in concert halls, but in art galleries, open-air happenings and other informal stages.

In 2017 his musical open-air performance Witness, dedicated to the 75th anniversary of the Babyn Yar tragedy, received the Bronze Cannes Lion at Cannes Lions International Festival of Creativity.